The Greater Ozarks British Motoring Club was formed by a group of British car and cycle enthusiasts who shared a common problem; they all belonged to clubs 200 miles away. We knew there had to be others like us in the local area, and over the years a few of us accidentally met at car shows or just noticing another British motor vehicle in the area.

We had kicked around the idea of creating a club for several years (usually while attending the Kansas City All British). But, after the car show we'd go home to the tasks of daily living, mowing the yard, running the kids, painting the house before winter.

Finally, while attending the Kansas City show Labor Day weekend of 1999, in somebody's room, waiting for the pizza delivery guy to show up, we finally elected officers, agreed upon the All British format, and set an "official" first meeting date before the pizza arrived. A new car club was "born".

Fourteen people attended the first official meeting on September 25, 1999 in Springfield, Missouri. GOBMC has grown to over 100 members and now includes a wide range of British cars, cycles, and members from all over the Ozarks.

In spite of others telling us we couldn't survive as a car club, much less put on a car show, we hosted The First Annual GOBMC All British Car & Cycle Meet in July of 2000 on the historic square in Carthage Missouri, before we were even a year old. It has become one of the best and largest All British events in the state, and many of our attendees say that ours is the premier show on their car show calendar year after year… a "must attend" event. 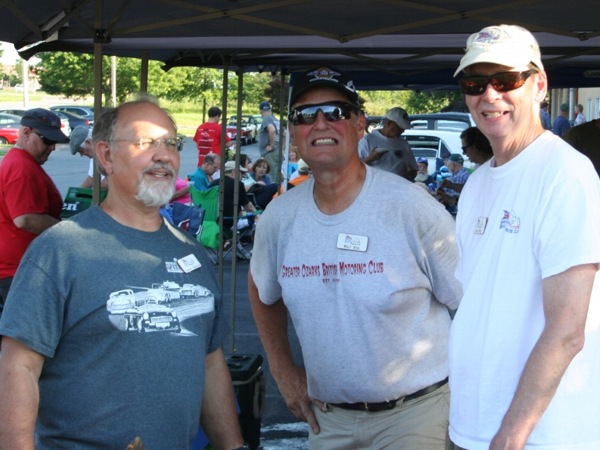